Cell Biology: From HeLa Cells to the Polio Vaccine 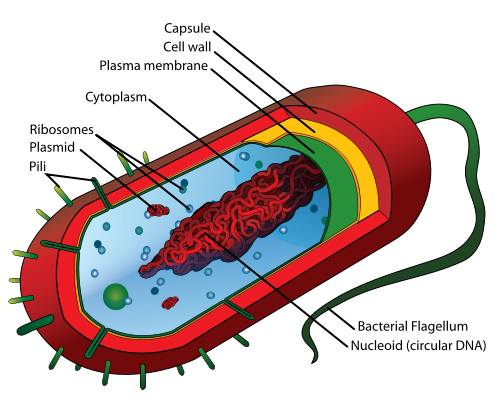 Eukaryotic cells are usually much larger and more complex than prokaryotic cells. There are two types of eukaryotic cells that are taught in high school biology: plant and animal. Plant and animal cells are very similar and contain many of the same structures, but a few key differences are used to tell them apart, such as the presence of chloroplasts and a cell wall in plant cells. All eukaryotic cells contain DNA enclosed in a nucleus and also have many different organelles to carry out their cellular functions 7 . These cellular organelles are like "little organs" that are specialized for the function that they carry out in the cell and they are all found within the cytoplasm of the cell 7 . The nucleus of the cell holds the DNA, which contains all of the genetic material to direct the cell to make proteins and reproduce. The nucleus is often referred to as the headquarters of the cell because it controls all of the cell's activities. 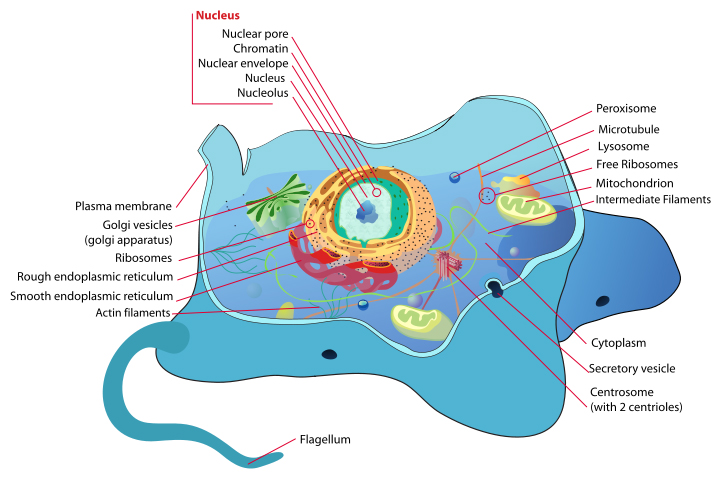 Outside of the nucleus, the remaining organelles float in the cytoplasm and are surrounded by a cell membrane or plasma membrane. This membrane is made up of a double-layer of phospholipids and is called a lipid bilayer 7 . Some membrane proteins also are in the lipid bilayer and help to move materials in and out of the cell. The lipid bilayer is considered a selectively permeable membrane because only certain materials are allowed to move in and out of the cell, depending on their size, solubility, and charge. All eukaryotic cells have a cell membrane, and some also have a strong cell wall outside of the membrane to support, shape, and protect the cell 7 . The existence of a cell wall is one of the major differences between eukaryotic plant and animal cells; plant cells have a cell wall and animal cells do not.

Within the cytoplasm there are several organelles that are used for storage, clean up and support. Vacuoles are large membrane sacs that store materials such as water, salts, proteins and sugars 7 . Also within the cell are lysosomes, organelles responsible for digesting materials within the cell. These lysosomes contain digestive enzymes that are able to break down lipids, sugars and proteins into smaller molecules that can be used by the cell 7 . Within all eukaryotic cells there is a web of proteins known as the cytoskeleton that gives the cells their shape 7 .

There are also a group of organelles within eukaryotic cells with the specific job to build proteins. Ribosomes are organelles in cells that are composed of RNA and their job is to build proteins 7 . Protein construction is aided by be endoplasmic reticulum and golgi apparatus which help to transport, modify and sort proteins so that they can travel to different parts of the cells where they are needed 7 .

There are also organelles in cells that capture and release energy. All eukaryotic cells have mitochondria, which perform cellular respiration to convert the chemical energy from food into usable energy in the form of ATP 7 . In eukaryotic plant cells there is also an organelle known as a chloroplast. Chloroplasts use energy from the sun, water, and carbon dioxide to produce energy in the form of sugar; this process is known as photosynthesis 7 . Figures 2 and 3 are diagrams of plant and animal eukaryotic cells with their cellular organelles labeled. In the figures you can note the two major differences between these cells: the presence of a cell wall and chloroplasts in the plant cell. 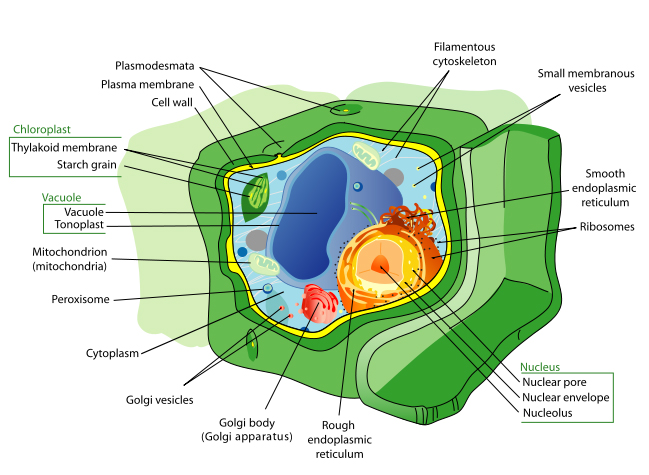 One of the most important functions of living organisms is the ability to reproduce. Cells reproduce by dividing and passing their genetic information on to their daughter cells that are produced. DNA in cells is packed tightly into chromosomes to make it easy to separate the DNA precisely during cell division 7 . The cell cycle and prokaryotic cell division is called binary fission. Prior to cell division, chromosomes are replicated and the two DNA molecules attach to different parts of the cell membrane and the cell membrane cleaves and is pinched to divide into two cells 7 . The result is two identical daughter cells with the same DNA.

The eukaryotic cell cycle is relatively more complex and has four major phases: G1, S, G2, and M phase 7 . Figure 4 gives an overview of the eukaryotic cell cycle and cell division. A eukaryotic cell spends most of its "life" in interphase, which is composed of G1, S and G2. G1 and G2 are the growth phases where the cell grows and prepares for cell division. The "S" phase is the synthesis phase, where DNA is being replicated for cell division. After the cell goes through interphase, it enters the mitotic phase, which is composed of mitosis and cytokinesis. Mitosis can be broken down into a series of events that lead to cell division: prophase, metaphase, anaphase and telophase 7 . During prophase the cell "prepares" for cell division as DNA condenses into chromosomes and the nuclear envelope dissolves to allow the chromosomes to migrate throughout the cell 7 . The next step, metaphase, is where chromosomes migrate to the "middle" of the cell and spindle fibers that have formed attach to the centromere at the center of the chromosomes and to opposite ends of the cells. During anaphase the spindle fibers begin to pull the replicated chromosomes "apart" and towards opposite ends so that a complete set of chromosomes is on each side 7 . The last step in mitosis is telophase. This is where chromosomes spread back out and a nuclear envelope reforms around the two identical sets of DNA at opposite ends of the cell. At this point mitosis is complete, but cell division has not yet occurred 7 . The actual process of cell division is called cytokinesis. During cytokinesis the cell membrane begins to cleave in the center and eventually the cytoplasm is pulled into two parts. The result is two identical daughter cells with the same DNA. The cell cycle occurs in both eukaryotic plant and animal cells to promote cell growth.

Once students are introduced to the basic cell structure of prokaryotic and eukaryotic cells it their division process, this unit moves towards infectious diseases and how HeLa cells were used to develop vaccines for prevention. It is important for students to have a basic understanding of both bacteria and viruses before learning about infectious diseases and how they affect the human body. 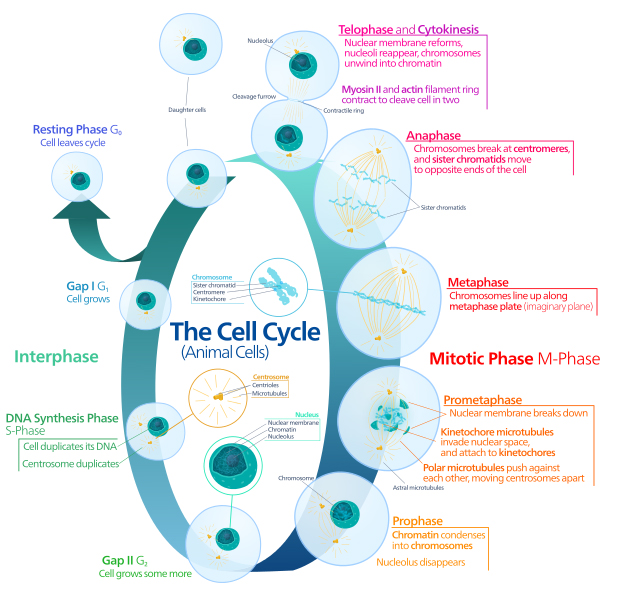