A bird’s-eye view describes the view of an object from above, as though the observer were a bird. This term can also be used to describe oblique views, drawn from an imagined perspective. Of course this took place before manned flight was common or aerial photography was developed. This term, bird’s eye, was used to distinguish views drawn from direct observation at high locations, for example a mountain or tower from those constructed from an imagined (bird’s) perspectives. 9

Known also as persective maps, panoramas or aero views, these maps were not generally drawn to scale but did show street patterns, individual buildings and major landscape features in perspective. The last great flourishing of them was in the mid-to-late 19th century, when bird’s eye view prints were popular in the United States and Europe. Commonly found in lithographs of cities across the country, these bird’s eye views were sold commercially as decorative art in parlors, placed in public buildings and displayed in other marketable settings. 10 (See Figure 2)

John Reps outstanding resource, Bird’s Eye Views , offers examples of many cities across North America during the 19 th century presented in this format. He recognizes the rapid changes for some of these growing cities through the series of prints, two noteable examples being San Francisco and Los Angeles, both growing during the highlight of this craft of bird’s eye view lithographs. 11 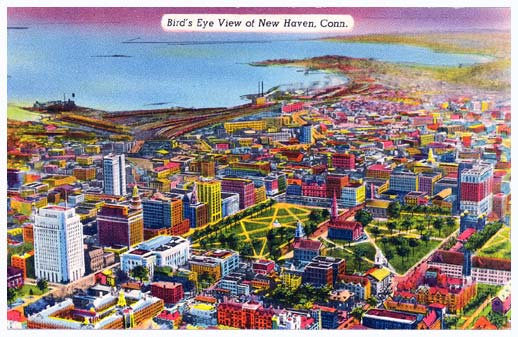