When compared to burning fossil fuels to generate electricity, nuclear energy from nuclear power plants produces neither air pollution nor carbon dioxide and only a small amount of emissions result from processing the Uranium that is used in the nuclear reactions. Over time, spent nuclear fuel decays to safe radioactive levels, but this process takes tens of thousands of years. Even low-level radioactive waste requires centuries to reach acceptable levels. Currently, the nuclear industry cools waste for years before mixing it with glass and storing it in massive cooled, concrete structures, to be maintained, monitored and guarded.

The industrial processes of nuclear power generation have by-product wastes: depleted fuels, other radioactive waste, and heat. Depleted fuels and other radioactive wastes are the principal environmental concern for nuclear power. Most nuclear waste is low-level radioactive waste. It consists of ordinary tools, protective clothing, wiping cloths and disposable items that have been contaminated with small amounts of radioactive dust or particles. These materials are subject to special regulations that govern their disposal so they will not come in contact with the outside environment. All of these services and added materials cost money -- on top of the high costs required to build a plant.

At the heart of every nuclear reactor is a controlled environment of radioactivity and induced fission. When this environment spins out of control, the results can be catastrophic, resulting in a nuclear catastrophe and reactor shutdown. For many years, the Chernobyl disaster stood as a prime worst-case example of nuclear malfunction. In 1986, the Ukrainian nuclear reactor exploded, spewing 50 tons of radioactive material into the surrounding area, contaminating millions of acres of forest. The disaster forced the evacuation of at least 30,000 people, and eventually caused thousands to die from cancer and other illnesses. Chernobyl was poorly designed and improperly operated. The plant required constant attention to keep the reactor from malfunctioning however; all modern nuclear power plants require constant supervision and even well-designed nuclear power plants are susceptible to natural disasters. 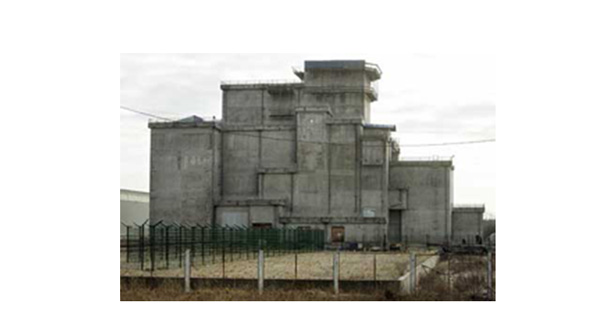 Nuclear waste storage facility near the site of the Chernobyl Nuclear Power Plant.

On Friday, March 11, 2011, Japan suffered the largest earthquake in modern history. A programmed response at the country's Fukushima-Daiichi nuclear facility instantly lowered all of the reactor's control rods, shutting down all fission reactions within ten minutes. Radioactivity from previous fission reactions however, continued to generate heat from the decay process for the first few hours after the nuclear reactor shut down. Similarly, nuclear waste continues to generate heat years after initial reactions in a nuclear power plant.

The March 2011 earthquake manifested a deadly tsunami, destroying the backup diesel generators that the facility relied upon to power the water coolant pumps after Japan's power-grid failed. These pumps circulate water through the reactor to remove heat from decaying radioactive material. Consequently, both the water temperature and water pressure inside the reactor continued to rise. Furthermore, the reactor radiation began to separate the water molecules into oxygen and hydrogen atoms, the volatility of which resulted in hydrogen explosions that breached the steel containment panels of the reactor building. While the Fukushima-Daiichi facility had several safety contingency plans to summarily shut down operations in the event of severe seismic activity, there was no countermeasure for a power failure to their coolant pumps.

The largest earthquake in history and the ensuing tsunami caused a nuclear catastrophe in Japan.