Is This Water Safe to Drink?

A Crash Course in Microbiology

Students will need a basic understanding of some elements of microbiology before embarking on a study to test the risks of consuming untreated water.  While a typical third grader may be vaguely familiar with the concept of “germs,” it is safe to assume they have had no prior knowledge of the microbial world.

Bacteria are single-cell organisms that are neither plants nor animals. They usually measure a few micrometers in length and colonize in communities of millions. For example, a gram of soil can contain about 40 million bacterial cells and thousands of different species.

All living organisms can be broadly classified as either prokaryotes or eukaryotes.  Bacteria fit in the prokaryotic classification.  The major difference between eukaryotes and prokaryotes is their cell structure. Eukaryotes have a nucleus enclosed in a membrane as well as other organelles that serve various cell functions, while a prokaryote does not.  Eukaryotes contain multicellular organisms such as plants, animals (people included), and fungi, but also single cellular organisms such as yeast and protozoa.  In contrast, prokaryotes are only single celled organisms that do not contain a nucleus and they lack many of the organelles found in eukaryotes.  Prokaryotes, also called bacteria, have a simple cell structure in which DNA floats freely inside a twisted thread-like mass called the nucleoid. Bacteria are typically much smaller than eukaryotes, yet their extreme number causes them to be the most prevalent lifeform on earth. 9 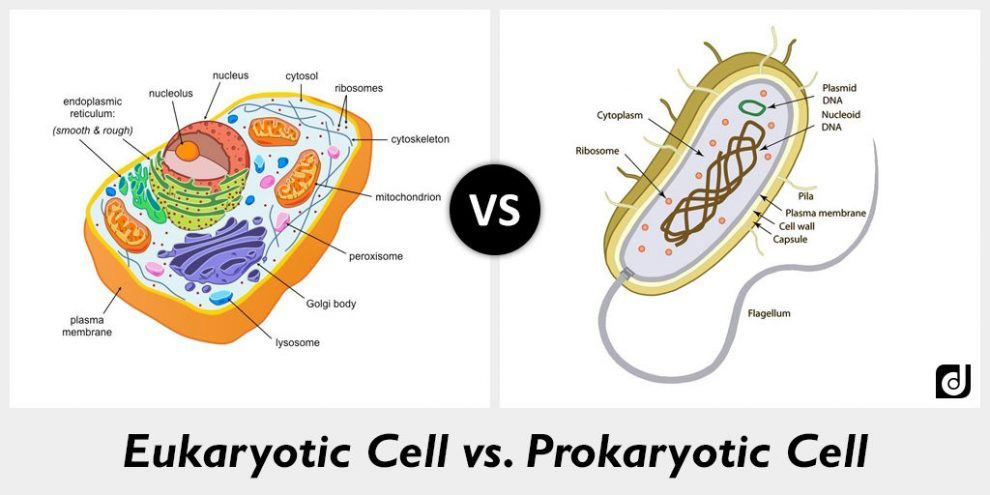 Figure 1.  A comparison of eukaryotic and prokaryotic (bacterial) cells.  Size is not to scale.  Prokaryotic cells (typically 0.1–5.0 µm) are many times smaller than eukaryotic cells (typically 10–100 µm).  Image from https://www.differencebtw.com/difference-between-eukaryotic-cell-and-prokaryotic-cell (public domain).  This size difference will be an important consideration when engineering a water treatment system.

Bacteria come in a variety of shapes, but the most common are variations of cocci (spherical), bacilli (rod), and spirilla (spiral).  Some bacteria have one or more flagella used for movement, while others may use hair-like appendages called pili that help to stick to surfaces and transfer genetic material. 10

What is a virus?

A virus is either a single or double strand of DNA or RNA encased in a protein coat and are typically between 20 to 300 µm. Some viruses also contain lipid-based envelopes.  Its sole purpose is to replicate and it is dependent on a host to do so.  Therefore, a virus is considered a parasite, but because it cannot replicate on its own, viruses are not considered a form of life.  Some viruses can cause illnesses and even fatalities, while others are harmless. 11 Viruses can infect all forms of life, including bacteria, fungi, and all multicellular organisms. Viruses are often organism specific, resulting in a virus infecting one type of organism, but not another.  This explains why a cat or dog can contract a viral illness that has no ill effect on a person, or how bacteriophages (viruses that infect only bacteria) can be used to reduce bacteria on lunch meat.

Some common diseases caused by viruses include influenza, stomach flu, Ebola, AIDS, and the common cold. 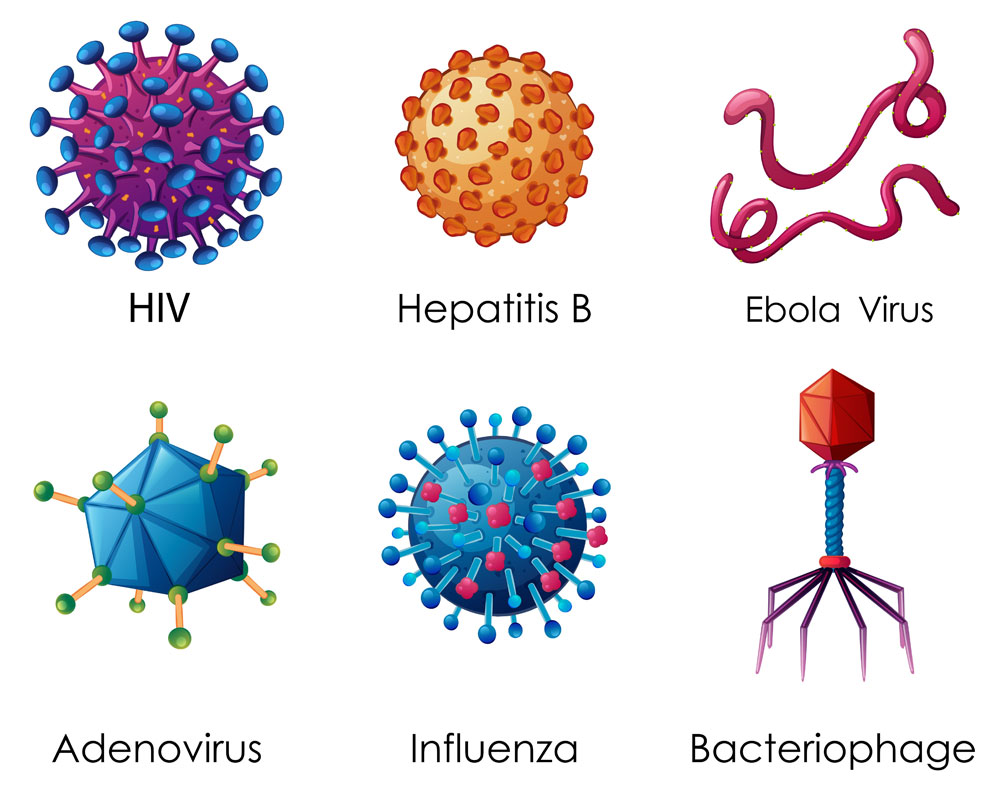 Protozoa are single-celled eukaryotes that are distinguished by their almost animal like qualities of locomotion and consuming “prey.”  They range in size from 20 to 100 µm. 12 These are the creatures you might observe swimming in a sample of pond water under a microscope.  Some protozoa live within a host as a parasite, while others can be free floating in water or soil.  While they typically need a moist environment to survive, they can also live outside a host in their cyst stage.  In the cyst stage, they can withstand extreme conditions such as high or low temperatures, exposure to chemicals, and lack of nutrients. 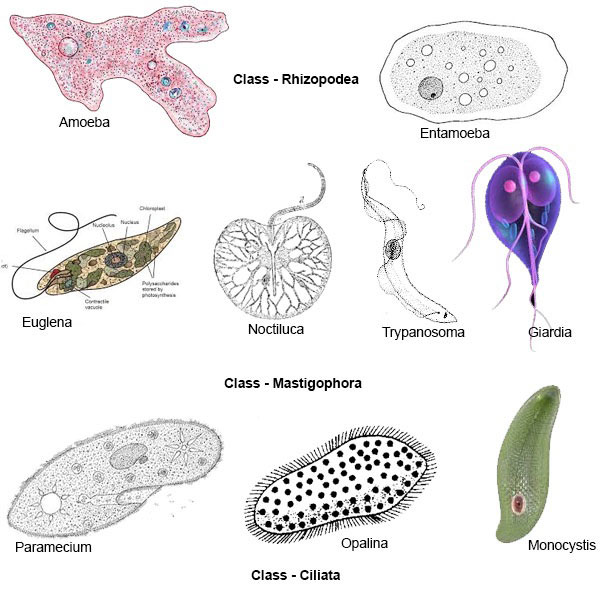 Not all bacteria, viruses, or protozoa are harmful to humans.  In fact, some types of bacteria are beneficial; they help process and digest food, train our immune system, and there is some evidence suggest they can help control inflammation. 13 Bacteria and protozoa are a food sources at the base on many food chains.  Most types of viruses, protozoa and bacteria types are simply innocuous.  In this next section, I will highlight some of the known harmful types of bacteria, viruses, and protozoa that a person could encounter through drinking untreated water.

A pathogen is a microorganism that can cause a disease. The following microorganisms are known causes of illness and death.

Escherichia coli (E. coli): We sometimes hear of an E. coli breakout on the news that is causing people to get sick.  Unfortunately, E. coli has developed a bad reputation due to this exposure.  The truth is, out of hundreds of strains of E. coli , only a few pose any threat.  In fact, E. coli is one of the beneficial bacteria that aids in digestion and is found in the intestinal tract of mammals.  Unfortunately, some trains of E. coli produce a Shiga toxin that can harm the intestinal tract and cause bloody diarrhea and kidney damage.  Most cases of E. coli poisoning result from contaminated beef that has encountered fecal matter during processing or has become deposited onto produce by  irrigating crops in contaminated wastewater. E. coli gets into the water supply through contact with fecal matter from untreated wastewater and is estimated to cause about 157,000 worldwide deaths each year, mostly in developing countries were sanitation systems are limited. 14

Salmonella: Like E. coli , Salmonella spp. are another common type of fecal bacteria found in food or water. It can also be found on the skin of reptiles and amphibians.  Salmonella can cause intestinal discomfort and diarrhea, and in some cases typhoid fever.  It is estimated to cause about 215,000 annual worldwide deaths. 15

Shigella: Shigella spp. are another type of fecal bacteria found in food or water.  It infects only humans and primates, and typically causes severe diarrhea and cramps that can last from five to seven days.  It is responsible for an annually estimated 74,000 to 600,000 deaths worldwide.  Exposure to less than ten Shigella organisms is enough to be an infectious dose. 16

Vibrio cholerae (cholera): Vibrio cholerae is responsible for the disease cholera, which kills an estimated 120,000 people a year.  This type of bacteria is primarily transmitted through water and food.  The toxin it produces causes severe diarrhea that can lead to extreme dehydration if untreated.  Throughout history, there have been widespread cholera epidemics that have affected hundreds of thousands of people in single outbreaks. 17

Giardia lamblia : G. lamblia is a type of protozoa that causes symptoms of nausea and diarrhea for about four to six weeks.  As a cyst, it can live outside a host until it is transmitted to a human through animal contact, or through contact with contaminated food, water, or soil.  As a trophozoite, it lives and feeds on the lower intestinal tract of infected humans or animals. 18

Cryptosporidium parvum: C. parvum (commonly known as "Crypto.") is a protozoan that causes the disease cryptosporidiosis.  Symptoms include diarrhea, abdominal cramps, and slight fever for up to one week. As a hardy cyst, it can last for months and is resistant to chlorine-based disinfectants.  It can be passed from fecal/oral contact, as well as through contaminated soil and water (including swimming pools). 19

Rotavirus: Rotavirus is an enteric virus that is highly contagious and difficult to prevent.  It can even survive in water from nine to nineteen days.  It produces stomach flu-like symptoms that can last for a week.  Humans do develop an immunity to it, so chances of reinfection from the same type of rotavirus are low.  Children are most susceptible to this virus and the best way to control it is through vaccination. 20

Norovirus: While typically spread through direct human contact, this highly contagious virus can also be spread through contaminated food, water, and even air.  There is no vaccine for norovirus, and symptoms include one to three days of vomiting and diarrhea.  While most of the pathogens described above typically affect the developing world more severely, norovirus is also prevalent in developing countries as well.  It is responsible for an estimated 685 million cases globally, with about 200,000 of those cases resulting in death. 21