How Do We Use Electromagnetic Waves to Cook Food?

Presented here are several suggested activities and laboratory experiments to go along with the science presented above.

Objectives: Review and apply the equations that can be used to calculate the speed of a wave and then to review constructive and destructive interference, as well as standing waves.

The lab will show the actual wavelength of the waves used in the microwave oven. This lab may be performed as a demonstration or hands-on experiments if enough equipment is available. For a warm-up activity, the students will review the vocabulary: wavelength, frequency, wave speed, interference, constructive interference, and destructive interference. Student will also complete a few wave speed practice problems. Also recommended is a review of claim evidence and reasoning (CER).

This experiment works because a microwave oven generates microwaves using a magnetron. Microwaves inside the oven are reflected back by the metal mesh lining the oven, thereby creating a standing wave. The hot spots of the melted cheese represent the constructive interference and the cold spots the destructive interference. Therefore, the wavelength is equal two times the distance between two hotspots. This is because the hot spots correspond to the antinodes and the cold spots the nodes. In a standing wave each loop is separated from the next by points that have no vibration known as nodes. A node is a point of complete destructive interference where the crest of the original waves meets the troughs of the reflected waves. At the midpoint between nodes are points of maximum vibrations where complete constructive interference occurs. The measured wavelength can be validated by comparing the frequency calculated using Equation 1

Focusing on the school-wide instructional focus of supporting a claim with evidence, students will be asked to write a conclusion for the claim that one can use the equation for wave speed to calculate the frequency of the microwaves in the microwave oven.

Objective: Explain how microwaves heat food by increasing the rotational motion of water molecules in food.

For this laboratory experiment students will analyze data they collect to draw and support a conclusion. This experiment may also be completed as a demonstration or in lab groups.

Increasing the temperature of water in food can have tasty results. One example is making popcorn. By discussing what happens to water in the microwave oven and phase change, students will be asked to explain why popcorn pops in the microwave and why steam comes out of the bag when it is done. Inside of each kernel of popcorn, there is a little bit of water. When placed in the microwave oven, this water is exposed to microwaves. Hence, the water is heated. The high temperature causes the water to expand and change into steam. Steam occupies much larger volume and thus causes the kernels to explode. Finally, when it is done, steam to come out of the bag.

In this lesson, the students can practice higher order thinking skills by analyzing data and applying knowledge to real world scenarios.

Objective: Create a moving model of the motion of water molecules in food in a microwave oven compared to a conventional oven

Equipment required: Each student in the class will require one water molecule model made of one larger Styrofoam sphere and two smaller Styrofoam spheres connected by pipe cleaners bent in such a way that they resemble springs. Permanent markers may also be useful to label each atom. See figure below. 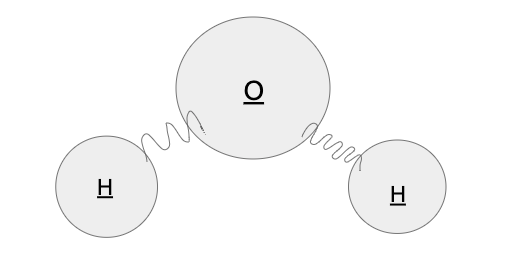 Figure 5: This figure shows the model each student will use for this activity made of labeled styrofoam spheres and bent pipe cleaners.

A good way to begin this activity is with a class discussion on what heat is, or what it means to heat something up. The discussion should cover heat is an increase in temperature and what causes this is that the molecules are moving faster. Kinetic energy is the energy of motions.  An increase in molecular motion of molecules is equivalent to an increase in kinetic energy of the molecular system. The next question would be: what are the different ways that a water molecule can move? Here, students would use their water molecule models to demonstrate the different ways a water molecule can move including translational, vibrational and rotational motion.

Next, the student will use the water molecule model to demonstrate how a water molecule interacts with microwave radiation. With a generic graph of a wave on the board and the crests labeled with a plus sign (“+”) and the troughs labeled with a minus sign (“-“), students will be asked to model how a water molecule will move as this wave passes. The oxygen atom has a partial negative charge while the hydrogen atoms have a partial positive charge. Hence, within the electric field of the EM wave, the water molecule will align itself so that the oxygen atom faces the crests and the hydrogen atom face the troughs, causing rotational motion as the wave passes.

Pairs or small groups would work here. They will be encouraged to address the following questions. What would happen if the frequency of the EM wave was high? Would the water move more or less? What is the effect of the water having increased motion? A closing question could be: How do microwave ovens heat up a glass of water?

This lesson targets multiple instructional foci, including student-to-student discourse and higher order thinking skills. By having students work in groups to figure out a problem, they must share ideas. Although their ideas do not have to be the same, the activity will allow for student-to-student discourse. By applying the material from the lesson to create the water model will encourage students to access the higher order thinking skills.