Importance of Learning about the Past

Why was the 1940s an Important Decade to American Society?

The 1940s was an important decade to American society because it was a time period of war and of great inventions that forever changed our society. Technology, such as inventions of the first computer and nuclear weapons, impacted the whole world. World War II began during this decade. When men were overseas fighting in the war, women held the labor jobs that the men previously had. Women's jobs were influential because they helped build war supplies.

During World War II, African Americans migrated from the South to Northern cities for the job opportunities that were available because of the war. In 1947, the Brooklyn Dodgers baseball team signed their first African American baseball player, Jackie Robinson. The first computer, ENIAC, was invented by John Mauchy and John Presper Eckert. Another reason that the 1940s are a crucial decade to study is because the history behind it helps Americans understand their heritage and gives them a better sense to appreciate the power and freedom people have in the twenty-first century. This decade produced different changes in the political, technological, and social aspects of American life.

The Japanese attacked the U.S. Naval base at Pearl Harbor in Oahu Island, Hawaii on December 7, 1941. When Japan invaded China in 1937, their subsequent alliance with the axis powers (Germany and Italy) and occupation of the French Indochine in July 1941, resulted in the US freezing Japanese assets. Also, the US put an embargo on oil to Japan. Those two factors led the Prime Minister, Tojo Hideki, to declare war. Tojo Hideki collaborated with Admiral Yamanoto Isoroki, the commander in chief of the Japan's common fleet, to attack the U.S. Pacific Fleet in Pearl Harbor. The day after the Japanese attacked Pearl Harbor; President Roosevelt came onto the radio the next morning and announced the U.S. was going to war. 8 Congress declared war on Japan, which resulted in the United States officially being part of World War II.

When my students view the image below, I plan on helping them become aware of and think about who created the image. What was the PRODUCTION of? Why was the "Japs Execute of Tokyo Air Raiders" article important on the poster? What information is it trying to be portrayed? Who are the people on the poster and what are they doing? Why are they significant? Questions similar to the ones I listed are what teachers should be knowledgeable about before beginning to teach this unit, so they will be able to educate students on what to look for when viewing a visual image.

The reason I chose this poster was because I feel it represents how people in the United States felt about the Japanese. This poster is a picture of two Japanese soldiers who have blindfolded and captured an American pilot during the Doolittle Raid. It was created by the U.S. government printing office in 1943. When students view this image, they need to think about the colors on the poster. In Japan, the color yellow symbolizes courage; however, in America it is a color of cowardice. The words "Cold Blooded Murder" and the outline of the " Japs Execute Group of Tokyo Air Raiders " article are red because in Japan red symbolizes blood and strength, and at the time the Japanese had a goal to defeat the United States. The image states, " We will make them pay if you keep up PRODUCTION ," and it represents the oil embargo of Japan. Another aspect of the image I would like my students pay attention to is how the word "PRODUCTION" is written in all capital letters. I want my students to understand that when a word is written in all capital letters, it means that the word states an important point that will help the audience understand the meaning behind the poster. 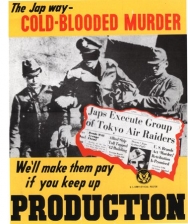 On September 11, 2001, the Islamic extremist group Al-Qaeda was responsible for a series of airline hijackings and suicide attacks on the United States. At 8:46 the terrorists flew the first plane, which originated from Boston, into the North Tower of the World Trade Center. Fifteen minutes later, a second plane coming from Newark, New Jersey hit the World Trade Center's South Tower. Due to the impact of the damage caused by the planes, both towers collapsed. One of the main reasons behind the attack is that the US and Iraq were fighting for oil.

I decided to include this photograph below because I feel this visual image strongly portrays the tragic event that had a monumental impact on our country. When my students look at this photograph, I want them to think about the scene that is being captured. I would like them to think about what the Statue of Liberty represents with what is occurring in this image. The Statue of Liberty was a gift given from France that represents freedom throughout the world. When students are viewing this image, I would like them to ask if the Statue of Liberty is being portrayed as a symbol of freedom in this photograph. When the audience views this image, I want them to feel the pain and hardships of the citizens in the World Trade Center. When discussing this image with my students in whole group, I would like them to think about how they would feel if they saw the attack on the World Trade Center firsthand. 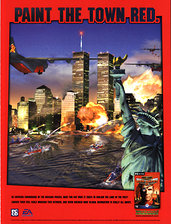 John Mauchly and John Presper Eckert invented the first computer, the ENIAC, Electronic Numerical Integrator and Computer. The ENIAC weighed 30 tons, took up 1,500 square feet of floor space, and filled a room. It also contained 18,000 vacuum tubes, with 70,000 resisters, 10,000 capacitors, 6,000 switches, and 1,500 relays. 9 It was faster than any other machine in that day. John Mauchly was the chief consultant, and John Presper Eckert was the chief engineer. Eckert was a graduate student studying at the Moore School when he met John Mauchly in 1943. The ENIAC was originally designed for calculating ballistics trajectories in World War II and weather prediction. However, it was ready to work during the fall of 1945, just as the war had ended.

In this current day, computers are very popular and are used across the world. The reason I chose to include the ENIAC computer to use in my curriculum unit is because my students enjoy going to the computer, whether it is for research or entertainment. Since the ENIAC is the first computer that was ever invented, I feel it would be interesting for my students to see how the computer realm of technology started out. 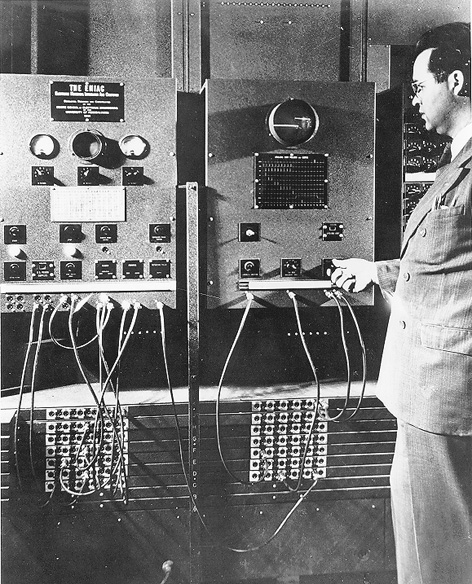 Netbook inventor Mary Lou Jepsen wanted to create a cheap laptop for citizens to access in developing countries. Jepson's main idea behind her creation was that third-world countries could buy millions of these computers and hand them out in rural villages. Jepsen anticipated that the cost of the netbook would be $100 for each computer. These small computers have Wi-Fi, a color screen, and a full keyboard. They are also created using Linux, flash memory, with a tiny seven-inch screen. This type of computer weighs less than two pounds and features a display screen that is about 10 centimeters diagonally. 10 The computer screens on the Netbook computer are about 20% smaller than on a standard laptop computer. After Austrek Quanta launched the Netbook in Taiwan, millions of middle-class citizens from the United States and Western Europe bought this laptop to check e-mail and other additional popular websites such as Facebook.com . 11

The reason I chose to incorporate the Netbook computer with my ENIAC is because I think it will be interesting for my students to compare and contrast the smallest computer that was ever invented to the largest computer that was invented. When my students view this image, I want them to pay attention to the size of the computer features and the programs that are implemented on the Netbook. I think it will be significant for my High School students to compare this modern piece of technology to the enormous, heavy-weight ENIAC. 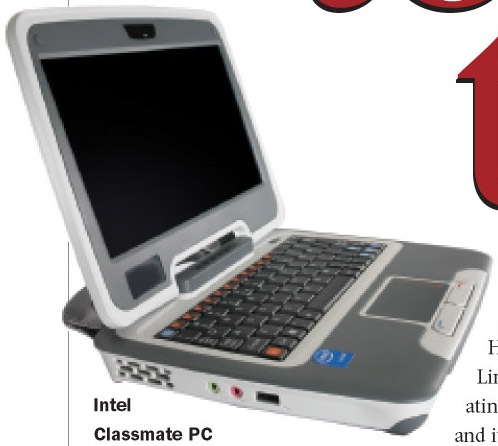