The kinetic molecular theory of gases accounts for this behavior because when the temperature of a gas increases, the speed of its particles increases, the particles hitting the wall with greater force and greater frequency. Since the volume remains the same, this would result in increased gas pressure, as depicted in the following illustration (where “isochoric” means “constant volume”). 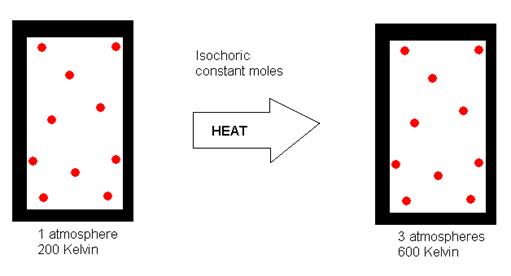