Since the pressure remains the same, this would result in increased gas volume, as depicted in the following illustration (where “isobaric” means “constant pressure”). 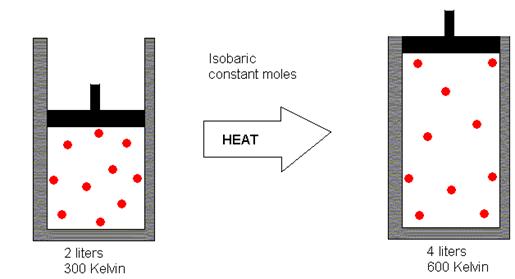 This can be easily understood by again referring to the kinetic molecular theory of an ideal gas. When a gas is heated to increase its temperature, the speeds of its molecules increase and thus they hit the walls more often and with more force. The only way to maintain a constant pressure in this situation is to increase the volume of the container. This compensates for the increased particle speeds since pressure is defined as force per unit area.