There are three major types of Stirling engines, that are distinguished by the way they move the air between the hot and cold areas:

1. The alpha configuration has two power pistons, one in a hot cylinder, one in a cold cylinder, and the gas is driven between the two by the pistons; it is typically in a V-formation with the pistons joined at the same point on a crankshaft.

2. The beta configuration has a single cylinder with a hot end and a cold end, containing a power piston and a “displacer” that drives the gas between the hot and cold ends. It is typically used with a rhombic drive to achieve the phase difference between the displacer and power pistons, but they can be joined 90 degrees out of phase on a crankshaft.

The gamma configuration has two cylinders: one containing a displacer, with a hot and a cold end, and one for the power piston; they are joined to form a single space with the same pressure in both cylinders; the pistons are typically in parallel and joined 90 degrees out of phase on a crankshaft. 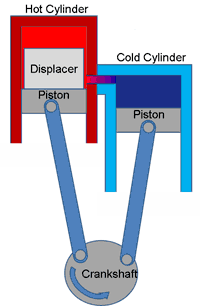 Theoretical thermal efficiency equals that of the hypothetical Carnot cycle – i.e. the highest efficiency attainable by any heat engine. 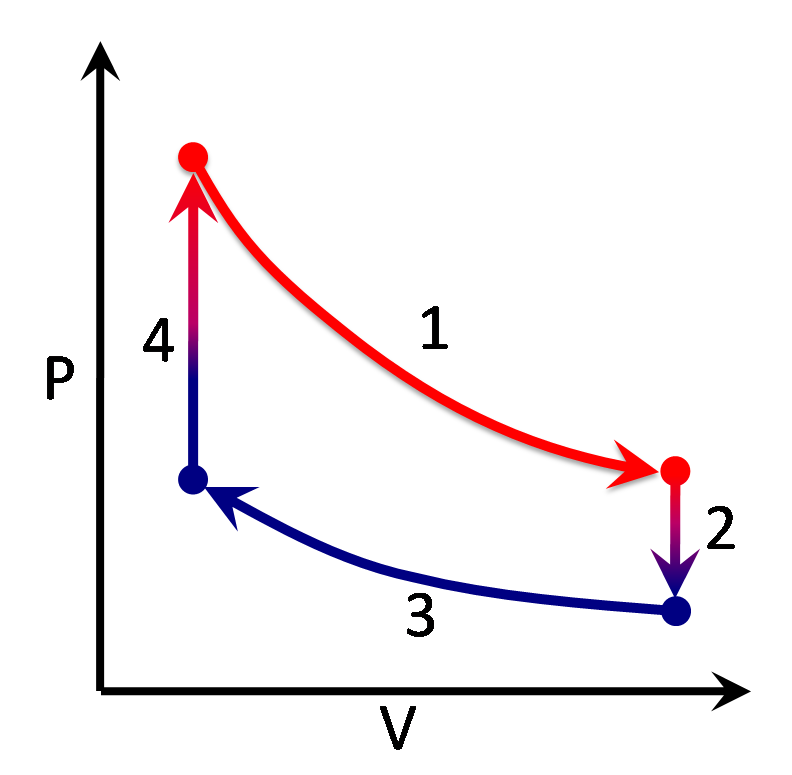 The thermodynamic cycle of a Stirling engine can be driven in reverse with the aid of an outside power source. This will cause one side to be heated and the other side of the engine to be cooled. Simply put, a Stirling engine can be used as a heat pump. By spinning the engine through its mechanical cycles, the gas inside is compressed and expanded, heated and cooled, respectively. Cooling with the Stirling cycle is currently used commercially for cryogenics and refrigeration.